The Importance of Average Joes, From WaterBrook Multnomah

It was cool to see Troy Meeder’s book pop up in my Inspired Devotional this morning. I met him at a worship session in Central Oregon. He invited my boys to sign up for a session at Crystal Peaks Youth Ranch.  I can not explain adequately – how peaceful one feels when walking up the hill along the driveway to the ranch. You just have to experience it. Anyway – shared his devotion – your men would love his book – not an affiliate or a review or a sponsor or a – anything – just sharing a book for a friend from a few years ago!

Posted by Pebblekeeper ~ Angie at 8:07 AM No comments: Links to this post

I am pretty excited about the movie coming out on June 28th, in honor of the 150th anniversary of the Civil War. Spend some time on the site below – and comment on this blog for a chance to win a Cooperheaad Movie Package including: 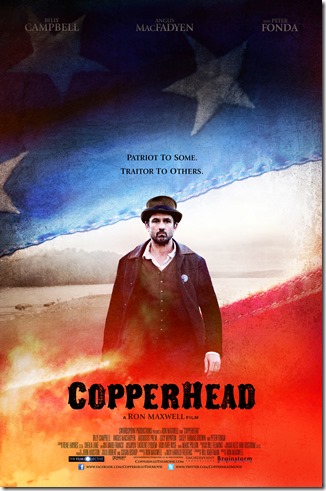 a Rafflecopter giveaway
I received the same merchandise in exchange for writing this post. All opinions are my own.

Posted by Pebblekeeper ~ Angie at 11:20 AM 9 comments: Links to this post

The Confession- A Movie Review

I am a long time reader of Beverly Lewis – so I quickly accepted the offer to review the film, The Confession. Unlike other Amish story lines, this one does not take place on the farm, but follows the journey of a girl trying to meet and get to know her birth mom. This is part of The Heritage of Lancaster County trilogy, book 2.

It might be helpful to read the Shunning first – but the movie does stand alone. I am glad that they are putting Christian literature to film, and am glad to support them with getting the news out about it.

Directed by Michael Landon Jr. (Beverly Lewis’ The Shunning, Love Comes Softly), the inspiring film is a sequel to the Hallmark Channel’s hit movie, Beverly Lewis’ The Shunning, and is based on the second novel of “The Heritage of Lancaster County” trilogy from New York Times best-selling author Beverly Lewis. Katie Lapp (Leclerc), a young Amish woman, goes on a journey in search of her identity -- only to find herself embroiled in a mystery that must be solved before she can be reunited with the “Englisher” mother, who gave her up for adoption 20 years earlier.  The filmalso stars Bill Oberst Jr. (The Secret Life of Bees), Cameron Deane Stewart (Pitch Perfect, High School Crush) and Julia Whelan (TV’s “Once and Again”).

Disclaimer:  I received a free DVD copy from Edify Media in exchange for a review on my blog.

Posted by Pebblekeeper ~ Angie at 1:30 PM 5 comments: Links to this post